We love vaping here at Vape Resources, supplying some of the best vaping equipment and resources to people who love it just as much as we do. Sadly, our feelings aren’t shared by everyone, and across the world there seems to have become an increased development in unnecessary scaremongering regarding the vaping industry. Commonly resonating within the United States, false and exaggerated messages regarding the supposed ‘horrific fears’ regarding vaping are reaching further places all across the world. There has become an alarming panic regarding vapor products such as e-cigarettes, in an attempt to scare and panic the vaping community with what they are doing. This makes our company extremely disheartened because it is causing worry amongst people that is totally uncalled for.

In actual fact, vaping has helped a huge amount of people to quit smoking; with flavoured e-cigarettes in particular being one of the most effective means of helping smokers quit. Evidence has shown that the legal access to nicotine vapor has in fact saved millions of lives. The ingredients used in e-cigarettes are substantially less toxic than smoking and the non-combustible forms of nicotine found within them are greatly safer than combustible tobacco. Despite this, there has become a long and growing list of countries which have banned the sale, importation and even possession of vaping products, including Brazil, Singapore, Uruguay, Thailand and India.

We think vaping is great here at Vape Resources, and all we want to do is reassure our customers not to listen to some of the scaremongering which can be found surrounding e-cigarettes and the supposed ‘evil epidemic’ they have caused. As with all of our products, we always promote sensible use, and we definitely do not promote exaggerated and false views regarding e-cigarettes. After all, e-cigs don’t burn tobacco or produce harmful toxins such as tar and carbon monoxide, two of the damaging elements in smoking. Additionally, they provide a great resource for vapers to manage their nicotine cravings, with the option to control the strength within the e-cigarette liquid.

The whole ‘nicotine-use crisis’ scaremongering seen throughout the media, predominantly in the US really is just that – scaremongering. The likes of Fox News and National Public Radio use clever and misleading language to make you think the situation is much worse that it actually is. For example, they reported that between 2017 and 2018 youth vaping had doubled, when in actual fact that had meant only a small 9% increase was experienced. And despite growing fears, youth smoking rates within America were in fact continuing to decline. 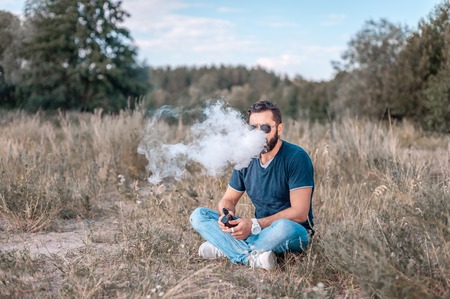 Ultimately, e-cigarettes are tightly regulated for safety and quality. All of our products at Vape Resources are thoroughly tested and checked, ensuring we are offering our customers the best quality equipment we can, and our reasonable prices add to the financial benefits which vaping provides, particularly compared with smoking.

Please note that it is illegal to sell ecigarette products to under 18s. Please select YES if you are 18 or over, otherwise you will be redirected to Google.